Representing the professional, occupational and educational interests of individuals and organizations involved in the advancement of sustainable economies on the African Continent by using energy and resources efficiently.

Providing services to achieve the professionalization of the energy and resource sustainability industries.

Promote socially responsible behavior, enforce guidelines and rules that govern the Company and its partner organization.

Services include training, proctoring international examinations, facilitating the certification and certification renewal of professionals, developing chapters, overseeing the quality of service delivery of partners, and managing capacity building projects in the energy and resource efficiency industries in the Sub-Saharan African region.

The IEPA team has managed a number of skills development, and skills transfer projects in Sub-Sahara Africa, from youth programs to government systems and standards implementation, practical work experience assistance, as well as country specific curricula development among others.

Contact IEPA for your training and certification projects in any Sub-Sahara Africa company. 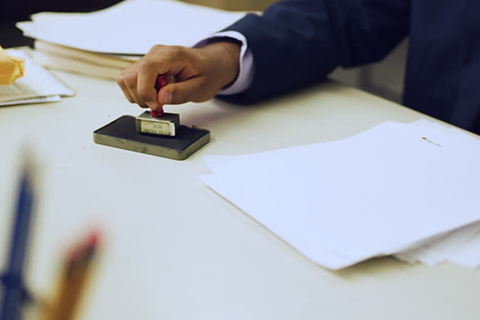 IEPA processes Certification applications, as well as Certification renewals for the AEE. Applications can be done online through the IEPA website iepa.org.za. IEPA manages the Sub-Sahara Africa Certification Board which is made up of qualified Certified Professionals with AEE who perform the peer review tasks as volunteers for AEE and IEPA.

IEPA has an Authorised AEE Proctor to conduct examinations throughout Sub-Sahara Africa, with independent examination and marks processing with guaranteed confidentiality of information.

To ensure candidates remain up to date, IEPA supports and encourages AEE Chapter events in order for Certified Professionals to obtain the required renewal credits. IEPA can verify credit allocations for any events taking place in the Sub-Sahara Africa region. 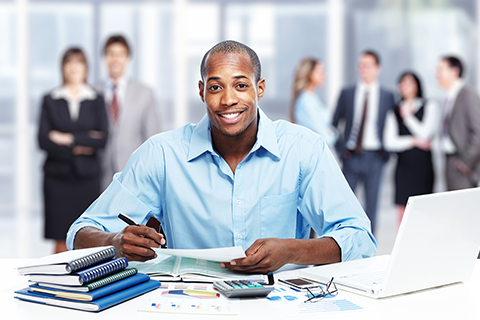 The IEPA team has managed a number of skills development, and skills transfer projects in Sub-Sahara Africa, from youth programs to government systems and standards implementation, practical work experience assistance, as well as country-specific curricula development, amongst others. IEPA coordinates activities across the Sub-Sahara Africa region and pulls in resources from its large base of over 1,200 professionals in the region to deliver optimal project results. 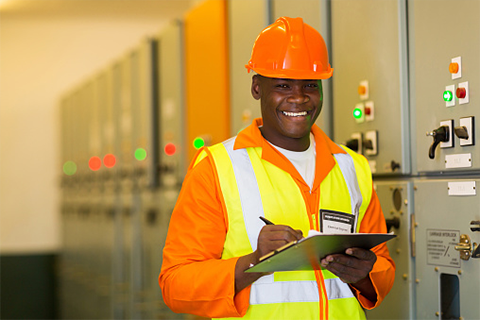 To assist with ensuring the best quality of service delivery with regard to training in the energy and resource efficiency field, IEPA monitors training administration services, training materials quality, trainer performance, and manages any non-compliance so that the client receives only the best service. Therefore, every candidate that takes part in an IEPA activity, or any of its training administration service providers, is required to provide anonymous feedback to assist with this activity. 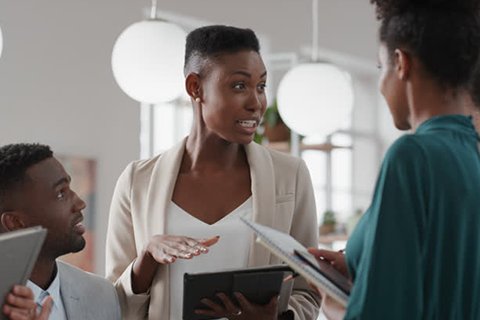 With a long-standing track record in the energy training industry, the team at IEPA strives to develop energy awareness, and high-quality training program services, throughout the Sub-Sahara Africa region by assisting in forming AEE Chapters to support countries in their efforts towards sustainability, and to deploy AEE and other programs assisting with skills provision. IEPA identifies opportunities, and individual talent, to develop trainers, training administration providers, and curricula so that all Sub-Sahara Africa countries can benefit from the experience we have gained over 18 years.

IEPA trains all its programs directly in Sub-Sahara Africa countries on a project base, until training administrators and Chapters are developed to duplicate the efforts on the continent with every project we undertake. With programs such as the AEE Certification, IEPA does not train and leave a country, it support the country as much as possible to be able to implement skills development and projects related to energy on a continuous bases, through AEE Chapters and trainer development. 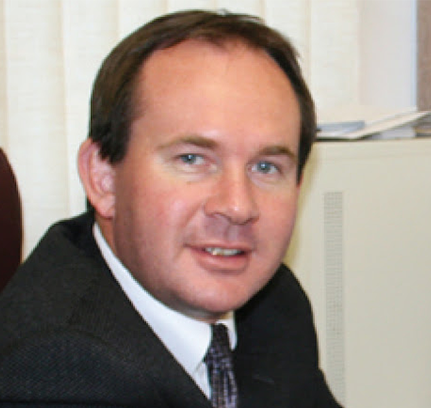 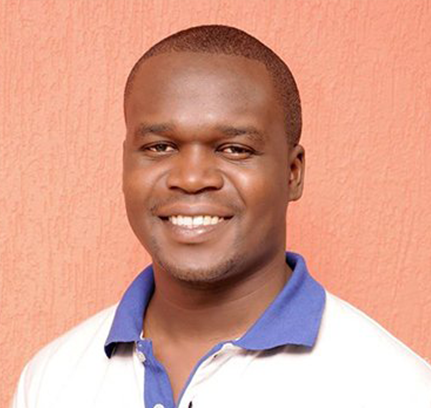 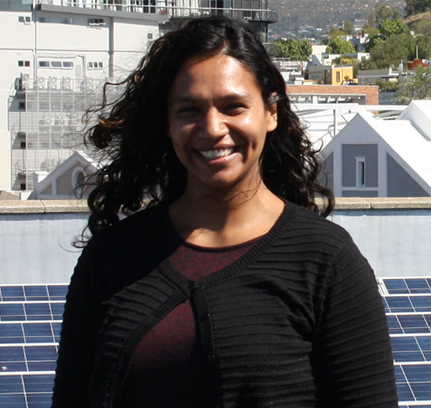 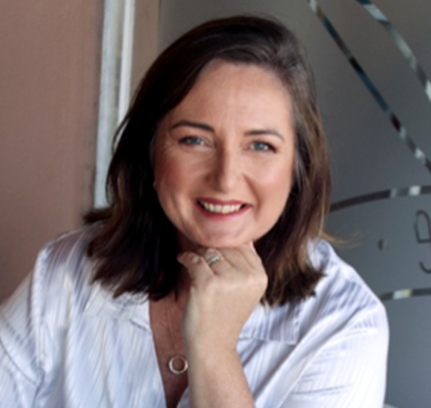 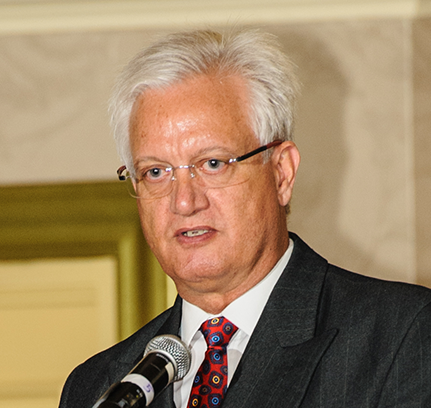 IEPA trainers are evaluated after every course, and performance is monitored with regular feedback for improvement. 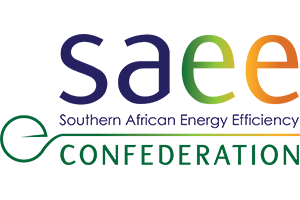 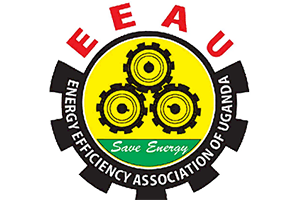 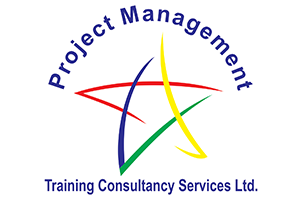 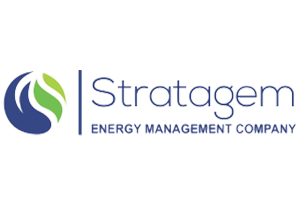 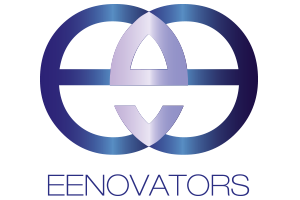 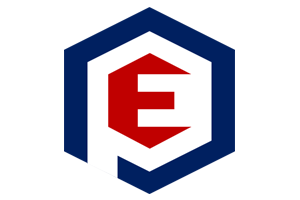 The international certification body, the Association of Energy Engineers (AEE) Non-Profit Organisation issued a license in 2002 for the first time to the South African Chapter of the AEE, the Southern African Association Energy Efficiency (SAEE), now known as the Southern African Energy Efficiency Confederation (SAEEC), together with the Energy Training Foundation (EnTF), a then division of Energy Cybernetics (Pty) Ltd. Energy Cybernetics was bought by the EOH Group, with the EnTF services later integrated into the EOH Learning and Development leg of the group.

The international certification body, the Association of Energy Engineers (AEE) Non-Profit Organisation issued a license in 2002 for the first time to South African Chapter of the AEE, the Southern African Association Energy Efficiency (SAEE), now known as the Southern African Energy Efficiency Confederation (SAEEC), together with the Energy Training Foundation (EnTF), a then division of Energy Cybernetics (Pty) Ltd. Energy Cybernetics was bought by the EOH Group, with the EnTF services later integrated into the EOH Learning and Development leg of the group. With AEE’s new aligned mission and vision, AEE called to service the establishment of an entity that could deliver on its mission and vision with aligned values, subsequently, the Non-Profit Organisation was established as required by the AEE and launched in 2020 as the Institute of Energy Professionals Africa (IEPA). AEE licensed programs have been the longest-standing training and certification programs in Africa.

Over 60 inhouse and custom projects have been successfully developed and delivered under the AEE license, customizing programs to meet the outcomes required by organizations, combining modules with practical sessions to embed knowledge taught in theory, managing learners in energy workplace skills development projects, and mentoring organizations and learners in the practical requirements related to topics that contribute towards sustainability.

Trainers and mentors are AEE certified, EVO accredited for CMVP, AEE accredited for AEE training courses, and have vast industry work experience to maintain such accreditation, in addition to experience as lecturers. Our trainers are considered among the best internationally.

Train-the-trainer programs are run regularly to develop a new generation of trainers at various levels of outcomes.

Energy Cybernetics is well-known for spearheading the South African energy industry and AEE programs were brought to the region to uplift the country so that the industry could develop through training and mentorship.

In 1998, one of the founding members and directors, the late Prof Ian Lane (formerly the dean of Electrical Engineering at the University of Pretoria) consulted to Eskom on integrated resource planning. He convinced Eskom to pay attention to DSM as an alternative to supply-side expansion. As a result, Eskom embarked on an energy efficiency upgrade of its head offices MegaWatt Park (MWP) on a pilot basis through Energy Cybernetics. This project signaled the birth of DSM in South Africa.

Shortly after the successful implementation of the MWP project, Eskom launched the DSM program which, in turn, created a need for M&V to measure the impact of the Eskom DSM program. At that stage, M&V was a relatively unknown concept in South Africa and even the world.

Energy Cybernetics was instrumental in the development of the Eskom M&V process. As a company, we’ve written the underlying Eskom M&V Framework document as well as no less than 12 Eskom M&V guideline documents.

Up to and including 2013, Energy Cybernetics (sub-contracted by North-West University) performed roughly 65% of all Eskom M&V work.

In 2002 Energy Cybernetics and the SAEEC obtained the rights to the AEE training programs in Southern Africa.

Over the years the staff, trainers, mentors, and directors have been instrumental in the development of various policy documents including assisting with the finalization and consolidation of the National Energy Efficiency Strategy 2012 (NEES 2012) and a renewable policy document at the provincial level.

We were founding sponsors and founding members of the Southern African Association of Energy Efficiency (SAEE) in 2002 before “greening” was hot topic. The SAEE is one of the most prominent energy efficiency organizations in South Africa with a current membership of around 350, house the international Energy Convention with exhibition stands and speakers.

The SAEE is a non-profit coordinating body for energy efficiency in southern Africa, and in 2017 re-launched as the South African Energy Efficiency Confederation (SAEEC). During the past 16 years, the SAEEC has successfully created awareness and disseminated information on energy efficiency – in line with its international mother body’s vision the Association of Energy Engineers (AEE), of which the SAEEC is the Southern African chapter.

The SAEE (now SAEEC) won the best chapter of the AEE in 2011, 2012 and 2016, and provides an accessible platform for small, medium and large and energy-intensive organizations, grid and renewal energy end-users and individuals professionals to develop in the dynamic field of energy engineering and energy management renewable and alternative energy, power generation, energy services, sustainability, and all related areas.

We are also founding members and founding sponsors of MVPCSA – The Measurement and Verification Professionals Council of South Africa.

Prof. LJ Grobler (one of our founding directors) served as the first-ever non-American president of the AEE the 2008/2009 office term. In 2010 he received the Lifetime Achievement Award as part of the eta-Awards 2010 for his extensive involvement in energy efficiency through measurement and verification, his visualization program to show energy consumption in buildings, and for setting the benchmark for training and development of energy engineers.

In 2011 he was unanimously elected at the Annual General Meeting of the South African Academy of Engineering (SAAE) to become a Fellow of the Academy. He also serves on the Technical Committee of the International Performance Measurement and Verification Protocol (IPMVP).

Over the years our directors and staff members have written more than a hundred internationally ac-claimed papers, presented at local and international energy conventions.

Our mother company, Energy Cybernetics, conceptualized, implemented and ran the PowerAlert program on behalf of Eskom – a very successful residential demand response program making people aware of the constraints on the Eskom grid in real-time via television.